In February, thanks to the support of the Center for Faith and Learning, a group of faculty and students were able to read an important new book, and enjoy two lunch conversations with its author. Pepperdine Assistant Professor Jason Blakely has written Alasdair MacIntyre, Charles Taylor, and the Demise of Naturalism: Reunifying Political Theory and Social Science. The book critiques the ways in which political theory often relies on positivistic assumptions. In Blakely's close study of these contemporary thinkers, he shows how MacIntyre and Taylor, "present a new, revived humanism, one that insists on the creative agency of the human person against reductive, instrumental, technocratic, and scientistic ways of thinking." Both thinkers also engage vital questions of religion. The conversations inspired by the book forged bonds among colleagues from various disciplines.

Read more on the thought-provoking book

The Lilly Endowment, Inc. is supporting the second cohort of COMMUNITAS, Pepperdine's Early Career Pastoral Leadership program, which began in January 2017. Fifteen greater Los Angeles-area pastors go through a two-year cohort-based program whose goals are to help pastors enhance their leadership skills, deepen their understanding of the significant issues facing their communities, build networks with civic, business, and political leaders in the Greater Los Angeles area, and develop a strong community of support with each other.

Read the Lilly Endowment Inc's 2016 report on the Early Career Pastoral Leadership programs across the U.S. 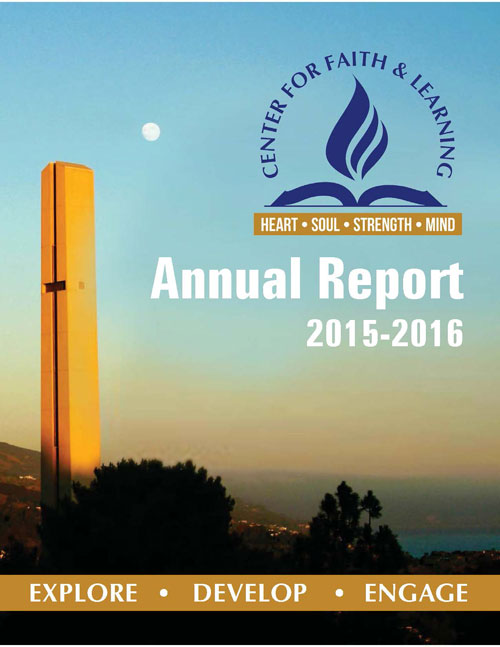