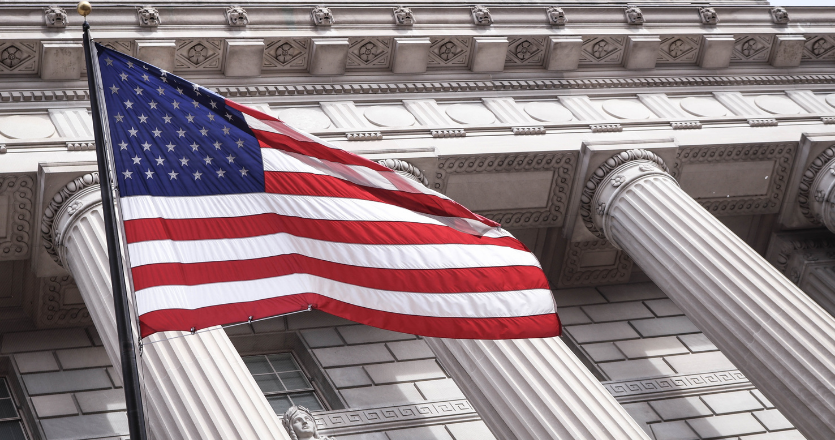 The American Constitution Society (ACS) is a network of progressive students who believe that the law should be a force to improve the lives of all people. ACS works for positive change by shaping debate on vitally important legal and constitutional issues through development and promotion of high-impact ideas to opinion leaders and the media; by building networks of lawyers, law students, judges and policymakers dedicated to those ideas; and by countering the activist conservative legal movement that has sought to erode our enduring constitutional values. By bringing together powerful, relevant ideas and passionate, talented people, ACS makes a difference in the constitutional, legal and public policy debates that shape our democracy.

The mission of the American Constitution Society is to promote compassion and respect for each individual, and to re-incorporate these values into American law and politics, in order to build a stronger and more decent national community. We seek to restore the fundamental principles of respect for human dignity, protection of individual rights and liberties, genuine equality, and access to justice to their rightful place in American law. We want to strengthen the intellectual underpinnings of-- and the public case for-- a vision of the law in which these values are paramount.

We believe deeply in the importance of law as a mechanism which governs the relationships between and among the individuals and institutions that form our society, and we recognize the direct relationship between legal theory and the broader political debate about the kind of society in which we live.

We believe that the law serves human values. We believe that the Constitution is a charter of liberty, the blueprint for a noble and unique experiment designed to prevent the excesses of government in order to protect the human dignity necessary for individuals to realize the full potential of their lives. The goal of the Constitution, and the United States it created, is to permit people to succeed in the “pursuit of happiness,” one of the inalienable rights this nation explicitly was founded to secure to the American people.

We believe in equal enforcement of the law, and that these principles should form a starting point for enactment, as well as interpretation, of the law. We believe that the Constitution, and, by extension, many other areas of American law, can be practically understood only by reference to these principles of decency, reason, humanity, and compassion.

This organization seeks to serve the Pepperdine Caruso School of Law's mission by emphasizing the unique societal and ethical responsibilities inherent in the practice of law, and promoting a conception of this practice which recognizes human well-being and personal dignity as vital to its successful operation. Additionally, the organization seeks to develop crucial professional skills in its members through practice in critical legal analysis, intellectual advocacy, and exposure to well-renowned scholars and experts. The organization aims to accomplish these goals through active civic discourse, community engagement, and vigorous, good-faith debate.

Chapter programs may include (but are not limited to) topical public fora, invited lecturers, community service projects, and both inter- and intra-organizational debates.

This organization is distinguishable from others at Pepperdine by its emphasis on progressive approaches to fundamental, constitutional issues of American jurisprudence, including constitutional interpretation, civil rights, and social justice. The group aims to serve as an essential progressive presence on campus, addressing key developments in legal study, theory, and practice, and helping to maintain the critical ideological balance of university discourse.

The Access to Justice Group considers the barriers that deny access to our civil justice system and focuses attention on ways to ensure that our justice system is truly available to all. Efforts to strip courts of jurisdiction, raise procedural hurdles, remove classes of cases from federal court, insulate wrongdoers from suit, limit remedies and deprive legal aid services of resources are among the issues examined by the Access to Justice Group.

The Constitutional Interpretation and Change Issue Group promotes persuasive and accessible methods of interpretation that give full meaning to the guarantees contained in the Constitution, and debunks the purportedly neutral theories of originalism and strict construction.

The Criminal Justice Group examines the administration of our criminal laws and the challenges that such administration poses to our nation's fundamental belief in liberty and equality. Racial inequality permeates the system from arrest through sentencing. The United States' imposition of the death penalty increasingly has set us apart from much of the world and has raised concerns about the execution of the innocent. Sentencing law and policy have led courts to impose lengthier sentences, resulting in the incarceration of an alarming percentage of our population. The recent invalidation of mandatory federal sentencing guidelines has left sentencing in flux. Failure to provide adequate resources for representation of accused individuals and investigation of their cases has weakened the criminal justice system. Restrictive rules governing collateral review of convictions have closed the courts to many. This Issue Group explores these and other issues affecting criminal justice.

The Democracy and Voting Group focuses on developing a comprehensive vision of the right to vote and to participate in our political process.

The First Amendment Issue Group explores the appropriate relationship between church and state in contemporary society, as well as the rights of free speech, free press, and free association.

The Judicial Nominations Issue Group focuses attention on the growing vacancy crisis in the federal judiciary and encourages Congress and the Administration to prioritize judicial confirmations.

Separation of Powers and Federalism

The Separation of Powers and Federalism Issue Group addresses the proper balance of power between the three branches of government, as between the federal government and the states.