Understanding Dementia, Its Many Types & Focusing on Alzheimer’s Disease

Many use the words "dementia" and "Alzheimer's" interchangeably. But the reality is that dementia is an umbrella term for a group of conditions characterized by impairment of at least two brain functions, such as memory loss and judgment, which results in a decline in daily functioning. Learn about the major dementia illnesses including Lewy body dementia, vascular dementia, frontotemporal dementia, mixed dementia, and Alzheimer's disease.

Registrants will receive the Zoom link one hour prior to the start of the session. 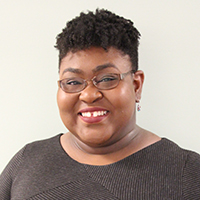 Kemi Reeves graduated from Saint Mary's College in Notre Dame, IN with a Bachelor of Science in Nursing and a Minor in Biology in 2004. She has worked as a Registered Nurse in a variety of specialties including Infectious Diseases: HIV/AIDS and Tuberculosis, Orthopedic Surgery, Telemetry, and Geriatric Intermediate Care. Kemi lectures at UCLA's School of Nursing in addition to serving as an Assistant Clinical Professor, mentoring students specializing in the Adult-Gerontological Nurse Practitioner Program. Kemi's areas of clinical interest include Dementia, Geriatric Psychiatry, Quality Improvement, Post-Acute/Skilled Nursing Facility Care, Hospice and Palliative Medicine, as well as Transitions of Medical Care.