Study literature and history in the city where some of the world's greatest literary works were written, and where history comes alive.

Examines a given topic in literary studies. The course may be focused on a theme, a movement, a historical period, or a genre. May be repeated once when topics vary.

An introductory course which explores the causes underlying the rise of sovereign nation-states in the 19th and 20th centuries, as well as the conflicts that have attended modern social, technological, and political change. In addition, particular attention will be paid throughout the course to Islam and its influence over the socio-political history of the Middle East. The basic tenets of Islam and its significance and role will be critically examined. Generally, the course will strike a balance between chronological and thematic/ analytical approaches.

An exploration of the vibrant, evolutionary, creative, practical, historical, and artistic nature of mathematics, while focusing on developing reasoning ability and problem-solving skills, Core material includes logic, probability/statistics, and modeling, with additional topics chosen from other areas of modern mathematics.

The historical and philosophical development of science and the role of famous scientists and world views are introduced. Science concepts are introduced through the study of astronomy, geology, meteorology, and oceanography. The interconnectedness of the sciences is emphasized, including the calendar and time, the earth in the cosmos, and the stability and instability of the natural phenomena which affect man at the surface of the earth. The course emphasizes the earth science part of the subject matter of the California “Science Framework” for secondary education students. Three hours of lecture and two hours of laboratory per week. Does not count for major credit. Tier I laboratory fee will be assessed.

A study of ways in which Christianity shapes such aspects of culture as art, literature, music, medicine, law, secularization, ecology, racial and ethnic issues, and education, and ways in which these, in turn, influence Christian life and faith. 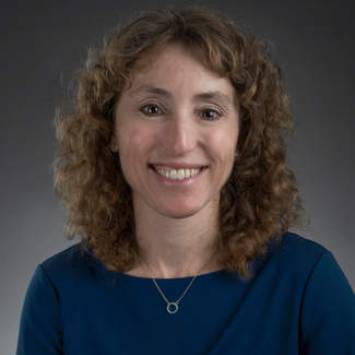 Kendra Killpatrick serves as the senior associate dean of Seaver College and a professor of mathematics. She graduated with distinction from Stanford University with a double major in mathematics and biological sciences and she completed her PhD in mathematics at the University of Minnesota. At Pepperdine, she has been awarded the Howard A. White Award for excellence in teaching and has supervised numerous undergraduate research projects in the field of combinatorics. Dr. Killpatrick began her career at Pepperdine in 2002 and served as the associate dean of Seaver College beginning in 2016. She began her current role as senior associate dean in 2018. Her previous roles include Associate Director of the Budapest Semesters in Mathematics program and the faculty director of the Regents' Scholars program.

Kendra and husband Scott (Bolan) have three children:  Finnegan (13), Jack (11) and Piper (8).  Kendra and Scott previously served as the faculty family in the Buenos Aires program in 2007-2008 and Finnegan was born during their time in Argentina (yes, he is an Argentine citizen!).  The family loves the outdoors and spends most weekends mountain biking, trail running, climbing, hiking, or doing something active.  They are looking forward to their time in London!

Apply to IP
FAQs
scroll up
©