"Since arriving in Buenos Aires, the three of us have tried to benefit from our new locale in many ways. Our six-year-old son, Isaak, attends a bilingual school half a block from Casa Holden. His Spanish is not yet fluent but is advanced enough for him to correct Mommy's pronunciation. So far, he has been invited to attend three birthday parties, and in November he is playing the part of an ant in the English-language school play "Bugtown." He has also become the de facto mascot for the almost 60 students in the program. Christina is happy to be living only about a mile away from Chinatown, where she is taking Spanish lessons at a Taiwanese church and can find almost all the usual Asian delicacies. On the weekends, we attend a Bible study and morning services at a Mandarin-speaking Baptist church two subway stops away from the Casa. Two weeks ago, friends from the church invited us to a "Dia de la Raza" multicultural celebration at a Presbyterian church in Koreatown. There local choirs and youth groups sang worship songs and performed skits in Spanish, Japanese, Mandarin, and Korean. Joel has taken or is planning field trips with his classes to the math museum at the University of Buenos Aires, the immigration museum in Retiro, and the Chinese New Year celebrations in BA's Chinatown. Highlights of the year include being treated like royalty by the ever-helpful and gracious Casa staff, hosting a student-run Bible study in our living room, hiking in the mountains above the Kolla (a northern aboriginal group related to the ancient Incas) town of Purmamarca, and sampling jellied sweet potatoes in Salta." 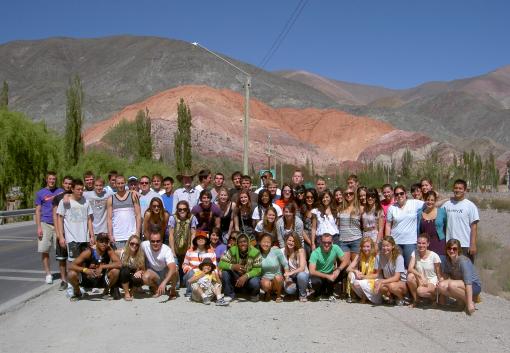 Group shot with the fall 2009 students at the Seven-Colored Hills near the aboriginal town of Purmamarca, Jujuy Province. 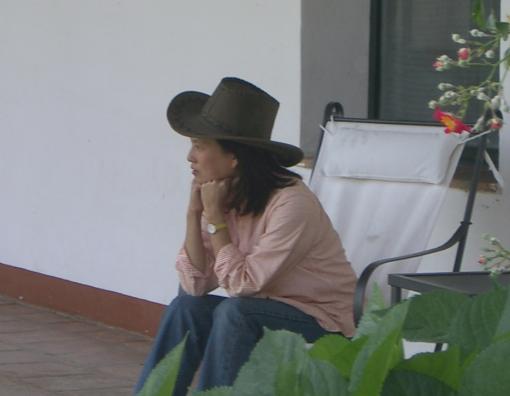 Christina contemplating the scenery at an estancia (ranch) in rural Salta province. 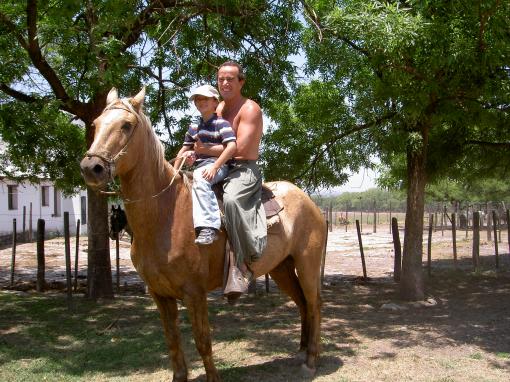 Isaak and "Uncle Rafa" on horseback at Estancia El Manatial in Salta Province. 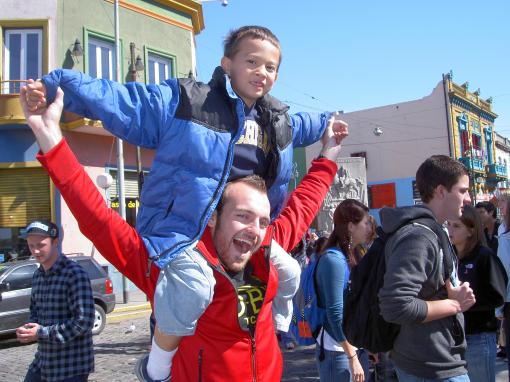 Isaak Fetzer (with some trepidation?) riding on the shoulders of Zach Jenkins during a visit to La Boca.