Office of the Chief Information Officer

About the CIO Office

"Students are why we're here. I'm honored to be part of their journey."

The Office of the Chief Information Officer (CIO) is a division of the Vice Provost for Research and Strategic Initiatives and is responsible for providing the technological leadership and support necessary to advance student learning at Pepperdine University.  With a focus on generating extraordinary business value, the Office of the CIO serves as a strategic partner to schools and departments in the common pursuit of academic and operational excellence.

Jonathan See serves as the chief information officer (CIO) at Pepperdine University.  He was appointed CIO in January 2012.

In all, Jonathan has worked in higher education for 28 years. Prior to his CIO appointment, Jonathan served in other capacities since joining Pepperdine in July 2005, including senior director for IT Administration and Client Services, and deputy CIO.  In addition, Jonathan worked at the Getty Research Institute for three and a half years as the head of administration and at the California State University (CSU), Los Angeles campus for 14 years where the last position he held was deputy executive director for commercial operations.

Born in the Philippines and raised in Hong Kong, Jonathan immigrated to the U.S. in 1985, went to college and earned a bachelor's degree in radio and television broadcasting from California State University, Los Angeles and a master's degree in public administration from CSU, Northridge. 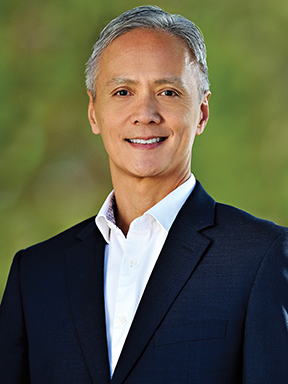 Office of the CIO

Have A Suggestion for IT?